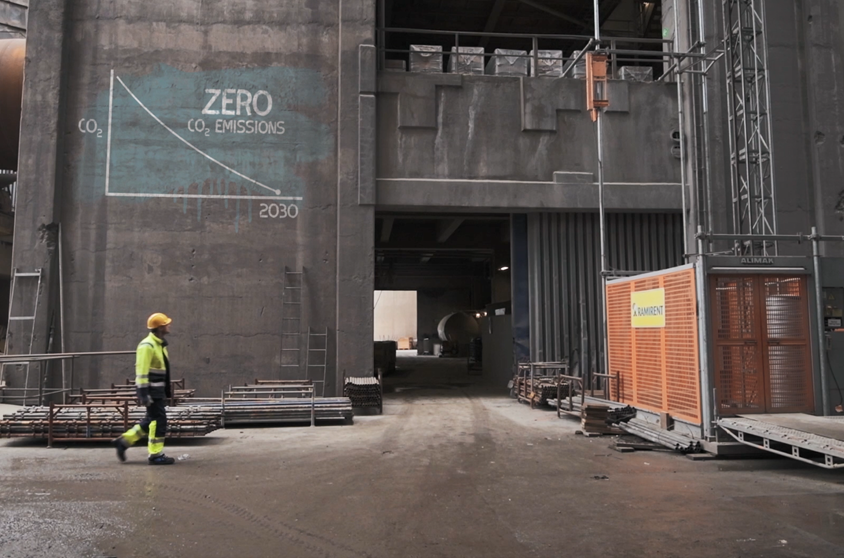 The key challenge for the cement industry is the carbon dioxide emissions that arise when the raw material limestone is turned into cement clinker at high temperatures. The first global steps are now being taken towards climate neutral cement production.

2030: The world’s first climate-neutral cement plant Scope 1–3 to come on stream in Gotland where a carbon sink of more than 300,000 tonnes of carbon dioxide will also be created.

Cementa is working to implement the roadmap.

In June 2021, HeidelbergCement presented an initiative to make Cementa’s plant in Slite the first carbon-netural cement factory in the world with the potential to become a carbon sink. The world’s first CCS plant for the cement industry is already being built on an industrial scale in Norway with operation set to start in 2024. In Sweden a pilot study is underway for a facility in Slite where up to 1.8 million tonnes of carbon dioxide are to be captured annually from 2030. This will cut Sweden’s total emissions by three percent and also open up the opportunity of creating a carbon sink of more than 300,000 tonnes as a larger proportion of the fuel will be biobased.

The cement industry is taking over some of society’s waste management burden. Waste can be sent for energy recovery as fuel in cement manufacture, replacing carbon, and be recycled in that waste products replace some virgin raw material.

Environmental permits are critical to the transition of the cement industry both in terms of access to raw materials and the industrial transition. The bottlenecks are long lead times, unpredictability and a lack of a holistic approach in decision-making processes. Long-term permits would enable the supply of cement in Sweden to be safeguarded.

The transition of the cement industry means a multi-million kronor investment in Gotland. Such an investment also requires a long-term approach from the authorities. The existing electricity system to and on the island is approaching the end of its life and an upgrade needs to take into account the capacity that will be needed for this industrial transition, and to be capable of functioning with the increasing expansion of renewable power. However, the lack of a robust electricity network and the trend towards rising electricity costs in southern Sweden risk putting the brakes on an urgent climate transition.