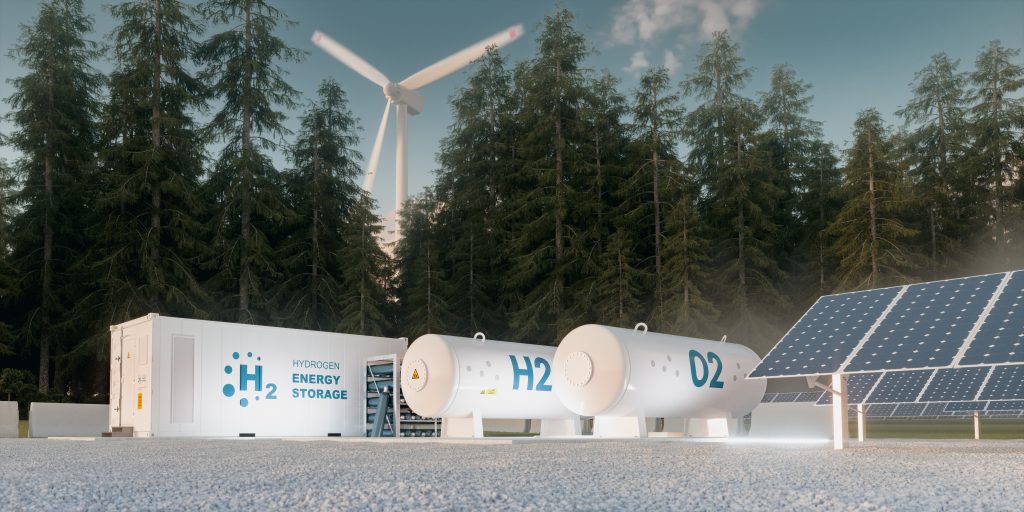 Hydrogen will play an important role for Swedish industry when implementing the 22 roadmaps for fossil-free competitiveness.

Fossil Free Sweden has developed a strategy to use hydrogen to achieve the climate goals but also with a focus on new industrial initiatives to create innovations, jobs and export products.

The strategy has been developed in cooperation with companies and other actors in the hydrogen value chain and contains policy recommendations for handling common challenges and to use the full potential of hydrogen.

The terms renewable hydrogen, clean hydrogen or green hydrogen refers to hydrogen produced from renewable energy or raw material. If hydrogen derived from nuclear power is included the term is pink or fossil-free hydrogen.

Fossil hydrogen or grey hydrogen is produced from fossil fuels.

Blue hydrogen is produced from fossil sources in combination with the capture of carbon dioxide, known as CCS technology (Carbon Capture and Storage).

Expansion of the hydrogen infrastructure in the country can be accelerated by establishing cross-sectoral local and regional hydrogen clusters (Hydrogen Valleys). They can be established where existing industries use or will use hydrogen and where infrastructure such as ports and railways already exist.

There are currently a number of major industrial projects in Sweden, where the production and use of hydrogen is, or is planned, to be central to one or more new value chains. Several new initiatives and partnerships have been announced in 2020 and more are expected in 2021. Here are some examples:

The electricity system is key to implementing hydrogen investments in several parts of Sweden. The planning goal for electrolysis effect of 8 GW the year 2045 that is suggested in the strategy would require about 55 TWh of electricity. In short term the electricity grid needs to be developed but in long term increased electricity production will also be needed.

A lot of investments are needed in hydrogen initiatives, and to start with they can result in higher costs than conventional investments. Therefore, the Government needs to contribute financing solutions and introduce various financial instruments so as to reduce the investment risk for companies.

In addition, research and development will continue to be important as hydrogen is introduced into the market. There is also a need for skills enhancement within government agencies and other actors in society in relation to the new technologies and systems required for this development.

See the presentation (in Swedish)

Companies that stands behind the strategy