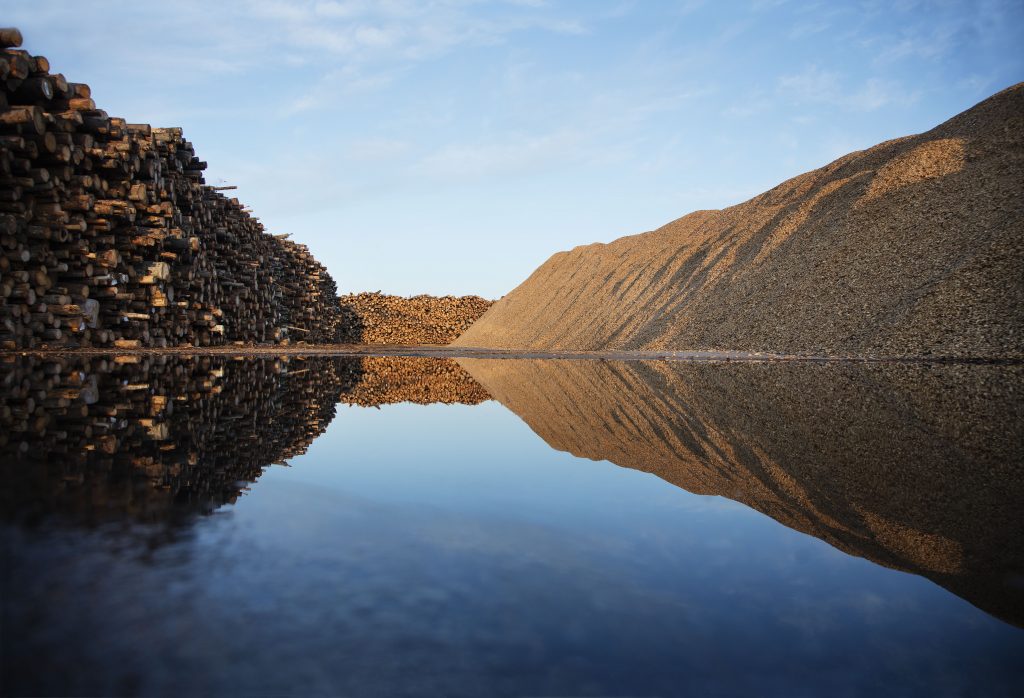 The transition to a fossil-free society will require biomass to replace fossil fuels for both transport and in materials for buildings, in textiles and chemicals and plastic. Biofuels, bio-char and bio-plastics are on the wishlist in the roadmaps for fossil-free competitiveness.

We need a better understanding of how that kind of growth in demand will affect the market and how an increased refinement of the bio-based feedstock will develop the Swedish bio-economy and at the same time lead to improvements in efficiency and alternative technical solutions where the bio-based resource will become too expensive.

That is why Fossil Free Sweden has launched this bio-strategy for fossil-free competitiveness that has been handed over to the Government.

Together with electrification and efficiency improvements, bio-based feedstocks are a key component in replacing fossil feedstocks and fuels in the transition to a fossil-free Sweden. Bioenergy is currently the largest source of energy in Sweden and is the main reason why Sweden has reduced its territorial emissions of carbon dioxide by 29 percent in official statistics since 1990. In order to achieve the phase-out of fossil energy, the use of bioenergy will continue to increase, both in Sweden and within the EU.

The good availability of bio-based feedstock in Sweden offers great opportunities in various sectors to replace fossil feedstocks while strengthening competitiveness. However, like many other inputs, bio-based feedstock is a limited resource. It is therefore important to increase the value added to the resources in order to develop the bioeconomy in Sweden, while at the same time leading to efficiency improvements and the development of alternative solutions when bio-based feedstock becomes too expensive to use.

The purpose of this bio-strategy is to show how the market and policy, through factors such as the price mechanism, contribute to solving the high demand for bio-based feedstock that has emerged in the 22 roadmaps for fossil free competitiveness. The strategy identifies obstacles and challenges to the efficient use of the energy crops and the residues and by-products of agriculture and forestry, and highlights opportunities to use other fossil-free alternatives where possible, so that exports to other countries can be increased. The goal is to enable the realisation of the potential of bio-based feedstocks in the climate transition and implementation of the roadmaps.

A possible solution to the puzzle

Many sectors point to the increased use of bio-based feedstock in their roadmaps as an enabler of fossil freedom, but if the increased demand is tallied together, it exceeds the amount of Swedish bio-based feedstock available for energy purposes (mainly estimated based on the report “Potential för ökad tillförsel och avsättning av inhemsk biomassa i en växande svensk bioekonomi” [Potential for increased supply and sale of domestic biomass in a growing Swedish bioeconomy] by Pål Börjesson of Lund University), which is not sustainable if Sweden is to be an international role model.

Current bioenergy usage is about 158 TWh, of which 26 TWh is imported as biofuels, mainly for the transport sector. Estimates based on the future needs expressed in the roadmaps for fossil free competitiveness are expected to increase to 241 TWh by 2045, which would require large imports. This bio-strategy shows how this challenge can be met through measures such as accelerating the electrification of the road transport sector, efficiency improvements and technology development in the heating sector, and efficiency improvements and electrification in the forest industry, all while creating opportunities for increased export.

Increased demand from transport sector by 2030

By 2030, this bio-strategy estimates that the need for bio-based feedstock will increase to around 193 TWh, which is an increase of 22 percent compared to the current use of bioenergy. The increase is largely due to the road transport sector’s need for biofuels to meet the target of reducing emissions from domestic road transport by 70 percent compared to 2010. This means that imports of biofuels at this time are expected to remain at current levels, but represent a smaller share of total biofuels, as an increase in domestic production is planned.

By 2045, it is anticipated that electricity will be the dominant fuel in the road transport sector, while aviation and maritime transport will have an increasing need for biofuels. A large part of industry is expected to become fossil-free by 2045 through electrification and hydrogen technologies. Industry’s need for bio-based feedstock may nevertheless increase slightly because the chemical industry in particular is likely to carry out much of its transition after 2030 and will only then have an increased need for renewable feedstock for its products.

The development of the use of biofuels in the heating sector is expected to be largely driven by price developments, increasing the possibility that alternative technologies such as deep geothermal energy, solar heating, and increased use of waste heat will become more competitive and may account for a larger share of the energy supply in 2045. Increased energy efficiency in housing will also reduce heating demand in the future.

By 2045, domestic demand is estimated to be around 135 TWh, which means that Sweden is no longer expected to be dependent on imports of bio-based feedstocks for energy purposes, although this does not exclude imports and exports of either feedstocks or products. Instead, there are opportunities to use large proportions of the fuel used to fill tanks in Sweden for international transports, such as aviation and maritime transport.

Something that is not included in the initial demand of the roadmaps. Another possibility is export based on Swedish bio-based feedstock. The total estimated demand for bio-based feedstock in 2045 would then be about 184 TWh, which is a 16 percent increase compared to today’s use.